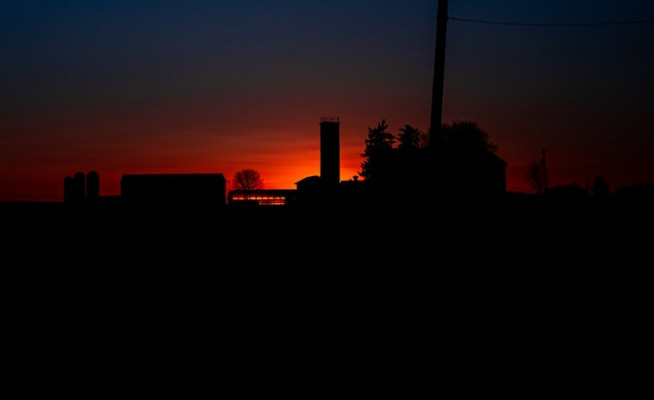 Many different theories and reports came forth from this incident.  The most logical explanation at the time that it was a meteorite or something natural.  There were some scientists who appeared not to be interested in dealing with this.

However several scientists including meteor Astronomers Paul Annear, William Bieldelman, Fred Hess, and Geophysicists Gelorge Wetherilo all seemed to believe that it was a “natural phenomenon” such as a meteor.

The Federal Aviation Administration received 23 reports from pilots in the Detroit-Windsor area of a fireball.

The Sky & Telescope reported that a fireball was reported at 1644 EST over the Detroit-Windsor area including a shock wave occurring about the same time.  The fireball was traveling from Northwest to Southeast.

A different perspective came from The Journal of the Royal Astronomical Society of Canada where two astronomers used two photographs taken of the trail of the object as being north of the Detroit-Windsor area.   They triangulated the trajectory to be traveling Southwest to Northeast which would put the landing point on the Northwestern shore of Lake Erie near Windsor, Ontario not Kechsburg.

However, because the military seemed highly interested in the object, the reaction of the U.S. Amry (USA) response should be considered an important factor in this incident, in fact, it may be the most important factor.

It was reported in the Greenburg Tribune-Review,

“The area where the object landed was immediately was sealed off on the order of the U.S. Army and State Police officials reportedly in anticipation of close inspection of whatever had fallen…..State Police officials ordered the area roped off to await the expected arrival both U.S. Army engineers and possibly civilian scientists.”

Shortly, U.S. Air Force and State Police personnel scoured the woods as the Greenbure Tribune-Review later revised the story and said the “U.S Air Force (USAF) and State Police found absolutely nothing in the woods”.  This helped to reinforce the “meteor” theory.

In December 2005, just before the 40th anniversary of the Kecksburg Incident, NASA released a report that experts had examined metallic fragments.  The report said that the object was a break-up of a Russian satellite, the actual details of the scientific report seemed to have been lost.  Also, the Soviet satellite idea was disputed because the Soviet spacecraft had entered the earth’s atmosphere hours earlier.

However, records of that scientific report on the metallic findings were “lost” by NASA.  Even though a court order instructing NASA to search for these records, they just couldn’t find them.  I suppose for good reason that they couldn’t’ find them because they never existed in the first place.

The Object was Top Secret

Space writer James Oberg said it was common for the United States Air Force personnel to disguise themselves as civilian personnel using NASA IDs.  Why was this necessary?  If a USAF project was Top-Secret, this was to throw off suspicion as to what it was. These  “NASA” personnel would give the appearance, the object of scrutiny, might be something more “common” (nothing to do with USAF) if it had a “NASA touch”.

NASA in recent years issued more of a speculative report then a scientific one:

“There was speculation that the reentry of the Cosmos 96/Venera type spacecraft was responsible for a fireball which was seen over Southwestern Ontario, Canada, and a least 8 states from Michigan to New York at 1643 EST on 09 December 1965.  Investigations of photographs and sightings of the fireball indicated its’ path through the atmosphere was probably too steep to be consistent with a spacecraft re-entering from Earth orbit and more likely a meteor in a prograde orbit from the vicinity of the asteroid belt and probably ended it’s  flight over Western Lake Erie.  USAF tracking data on Cosmos 96 indicated that the spacecraft’s orbit decayed earlier than the 1643 EST on 09 December 1965.  Other unconfirmed reports state that the fireball subsequently landed in Pennslyvania Southeast of Pittsburgh near the town of Kecksburg at 1646 EST.  Finding the estimated impact point of fireballs from eyewitness accounts is notoriously inaccurate.  Uncertainties in the orbital information and re-entry coordinates and time, make it difficult to determine definitively if the fireball could have been the Cosmos 96 spacecraft.”

Although the United States government seemed to have blown the incident off as just a meteor, Hollywood and television writers had a field day in speculation other than a meteor theory. While NASA seemed to discount eyewitness reports, TV and film industry thrived on them making them into entertaining plots and stories.

Unsolved Mysteries -1990 episode:  Local residents found an object in the woods that looked like a giant acorn, which glowed and pulsated as it lay in the ground.   Their observation time was cut short when the United States Army (USA) personnel came upon the scene and ordered everyone out of the woods.

Soon USAF and NASA personnel arrived and a big flat-bed semi-truck came and went into the woods.  Witnesses said they say a huge “acorn-shaped” object,  covered with a tarp on the flatbed-semi as it sped out of the woods off into the night down the country road.

USAF said they suspected this object had been a meteor (like NASA) but upon investigating in the woods USAF officials said they found “nothing”.  (Of course, there wouldn’t be anything there if USAF had already taken it out of the woods).

The Sci-Fi Channel  In 2003 aired a two-hour episode: The New Roswell: Kescksburg Exposed”.   Hosted by Bryant Gumbel.  During the show, Kecksburg resident John Hayes said when he was a 10-year boy who saw a flat-bed truck emerging from the woods with a tarp-covered object about the size of and VW Beetle automobile.  This was similar to the Unsolved Mysteries episode

History Channel’s UFO Hunters In February 2008 suggested that this was a military conspiracy and cover-up regarding the Kecksburg incident.    Note: Whenever any military operation or equipment becomes classified, it is normal for the military to not disclose anything about it.  That is what the object is in this quest it is: SECRET!!

History Channel’s Insearch of Ancient Aliens In 2011 the program visited the site of the Kecksburg incident with host Sid Gordon, the UFO researcher.

Producer/Director Cody Knotts premiered on 12 September 2019 his film “Kecksburg” which dramatized the real-life of John Murphy a reporter for radio station WHJB who supposedly arrived as one of the first witnesses on the site.  The drama covers his attempt to find information on what the object was.

Film Maker Andrew Patterson said the plot of his film The Vast of Night was partially based on the Kecksburg Incident.

The image of an acorn was obtained from several eye-witnesses just before the area was sealed off by the military.  Remember it was already night time and no lighting around and much of the object was in the soft ground so a quick assessment is all the eye-witnesses got before being ushered out of the area by authorities.  So the model was built and still is in the town of Kecksburg was just a guess as to shape and size.

Since there were a couple of explanations and a couple of “landing points”, there may have been an attempt for misinformation by the military.  First, let’s look at the best possible landing site:

Lake Erie  The Journal of the Royal Astronomical Society of Canada where two astronomers calculated the landing point was by or in Lake Erie.  This may have been an attempt to misidentify the landing point for security reasons or maybe there was a simple miscalculation by the astronomers.

Now that we have established the probable landing site, what was the object?

It has certainly been proved it could not be the Soviet satellite Kosmos 96 braking up as it entered the Earth’s atmosphere hours before the fireball was noticed.

The military would not have responded to this incident as fast as they did, based on someone’s report of a “spaceship”.  The response might not have ever come or with a lot less personnel and slower response if they thought if it was something of this nature.

Based on the fast response, it leads me to the conclusion that this object is Top Secret and still is.  This object had been tracked for a long time by the USA, USAF, NASA and there were reports of the United States Navy (USN) being involved too.

Then the military came on the scene so quickly after it landed leads one to the conclusion that they knew what it was for quite some time and since it was Top Secret they were intending to keep it that way.

So what was it, meteor, Soviet Satelite, or maybe something from the United States?

According to John Ventre of MUFON, a recent investigation suggests that USAF had launched a General Electric Mark 2 Re-entry Vehicle as a spy satellite.  The vehicle was not able to obtain orbit and entered the upper atmosphere and came down in Kecksburg.

This would account for the readiness of the military especially the USA and USAF as they had knowledge of where it probably was going to come down.  The re-entry vehicle may still have had some directional control such as steering rockets, thus the “soft” landing to keep the object intact as much as possible.

But of the three possibilities, the latter appears to be the most logical.  When something is Top Secret, everything is done to keep the object’s identity.  This is the reason for the prompt arrival of the USA, USAF, and NASA personnel and the removal of the Top Secret object.  The cover story of course is that USAF investigators found nothing.

Without official government records and statements contrary to what has been given,  what happened at Kecksburg will remain a mystery and an educated guess. 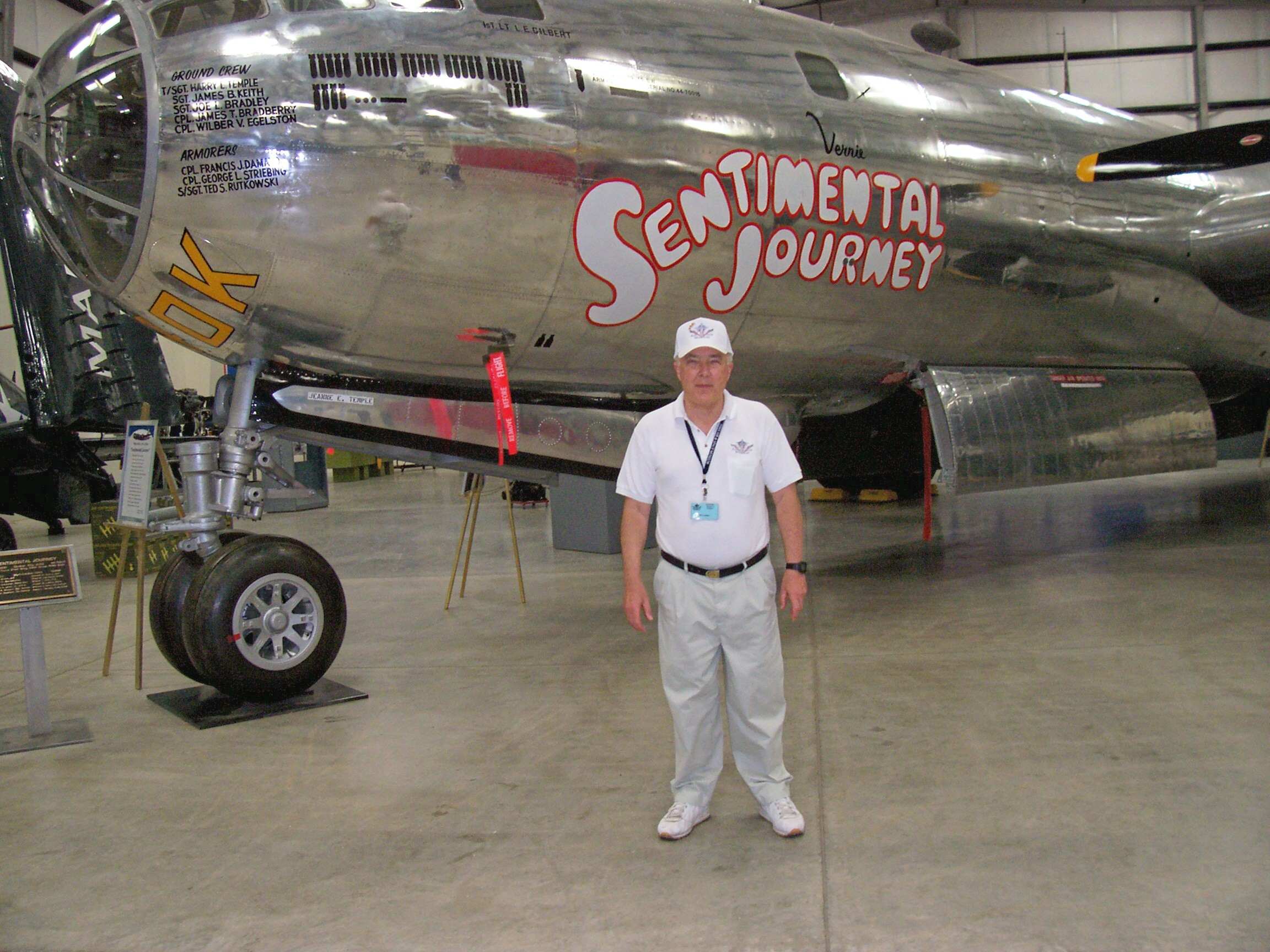