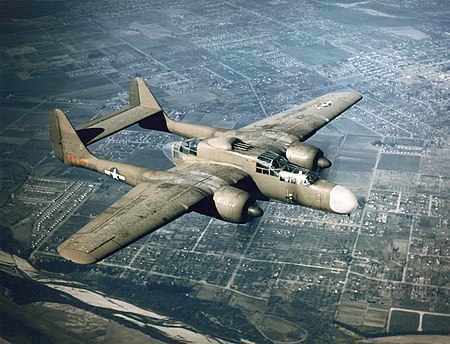 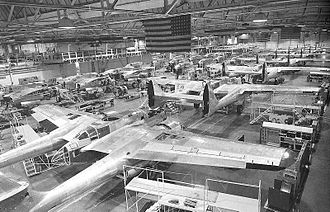 In 1936 , British scientists started working on a device called “Radio Detection and Ranging” which is well known today as “Radar” .  The new device helped the Royal Air Force (RAF) detect incoming German bombers when World War II started.  The RAf in August oq 1940 were so successful with the ground radar units that it played a major role in the winning of the “Battle of Britain”.

The British want to take it a step further and make it a mobile unit to be installed on a aircraft . American Lt. General Delos Emmons of the USAAf was briefed on this new concept and the British  asked him if the Americans could build an special aircraft  to be a night fighter capable of loitering for  8 hours with heavy arment to bring down German bombers and fighters that were attacking England.

The aircraft would have to be a high-altitude, high-speed night fighter.   It would need to have to carry the newly designed Airborne Intercept (AI) radar and multiple-gun turrets.  This request went out to the American aircraft industry of which Jack Northrop was a part of.

The basic requirement of high altitude, high speed, long loiter time (8 hours minimum) and able to carry the heavy (for the time) AI unit.  Northrop realized  that a large twin engine fighter aircraft must be built.

During October 1940, Jack Northrop and his team put together a proposal for the USAAF request.  Douglas entered the XA-26 night fighter but Northrop got the award with the Black Widow.  After the usual wind tunnel testing and revising of various components on the aircraft, the War Department names the Northrop model 8A,  the XP-61.

Getting the XP-61 from mock-up to prototype was a very difficult task as the requirements by the USAAF changed at the wrong time and components had to be redesigned and certain critical parts like turret mounts beame critically short due to other needs of other production aircraft.

Certain critical parts  from sub-contractor were not available as expected, thus an overall delay.  The P-61 had unusual ailerons that were small but effective in controlling rolls.  The new design also included “spoilerons” that  half the corolla control at low speeds and most of it at higher speeds.

The Black Widow grew in design and after modifications and testing the Black Widow flew for the first time on 26 May 1942.  It was transferred to operational squadrons in early May 1944. 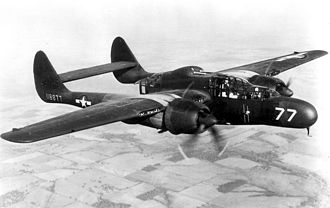 When the first P-61 squadron arrived in England, many of the USAAF generals believed that the Black Widow was too sloe to engage with German fighters.  In order to prove this out, a competition between the RAF Mosquito and the Black Widow.

After the competition was over, the USAAF officials determined that the P-61 had a slightly better rate of climb and could turn tighter then the RAF Mosquito.  Colonel Kratz, Director of Night Fighter Training put it this way:

In late June of 1944, the first P-61s started in night missions over England.  The were also assigned to intercept the V-1 German missile.  The tone cone imploded several time at high speeds.  But soon this was corrected and several V-1s were downed by the Black Widow..

The 422 Night Fighter Squadron was transferred to France and began to encounter German aircraft for the first time.  Victories were not that numerous as the P-61 was limited in numbers.  Even though it was late in the war (Summer/Fall of 1944) the P-61 did not engage any of Hitler’s “Wonder Weapons” such as the new jet aircraft, but they did take on the V-1 “Buzz Bomb” with limited success.

The Black Widow’s victories were over the standard  German aircraft such as the Ju-188, Bf-110, Fw-190, He-111, etc..  During the “Battle of Bulge” in December of 1944, the P-61 was used as an day time ground attack missions. This proved quite effective with the four cannons as they  were able to destroy rail yards and equipment as well as supply convoys. 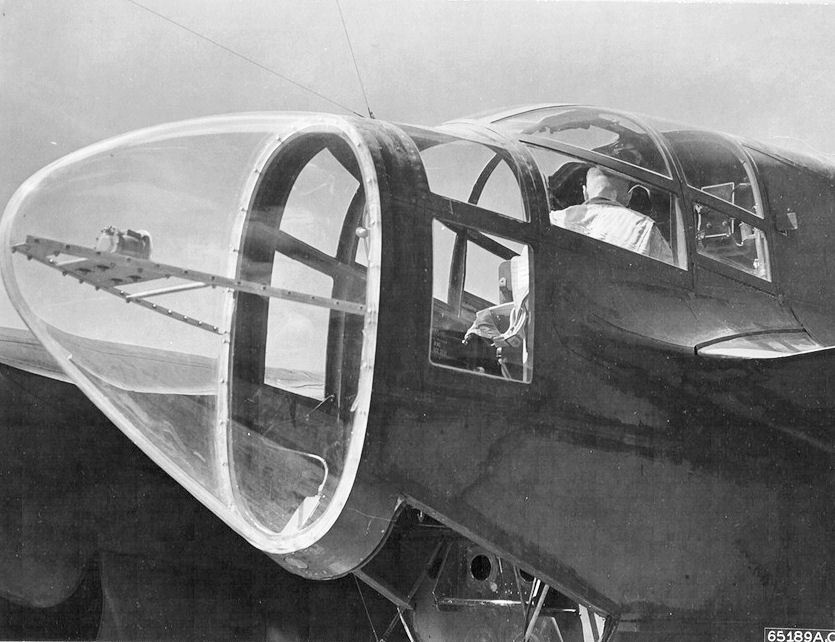 The 6th Night Fighter was assigned to Guadalcanal in June of 1944.  Most of the P-61 Night Fighter Squadrons service was relatively uneventful as the Imperial Japanese Navy (IJN) Air Force  had pretty much be decimated by then.

However the P-61 did score some victories over some older IJN “Betty and Lily” bombers and a couple of “Irvings” twin engine fighters.  In August of 1945, before the Japanese surrender, although never confirmed, a P-61  downed a Nakajima Ki-44 by causing it to crash into the ocean when in “hot pursuit”.  No shots ere fired. 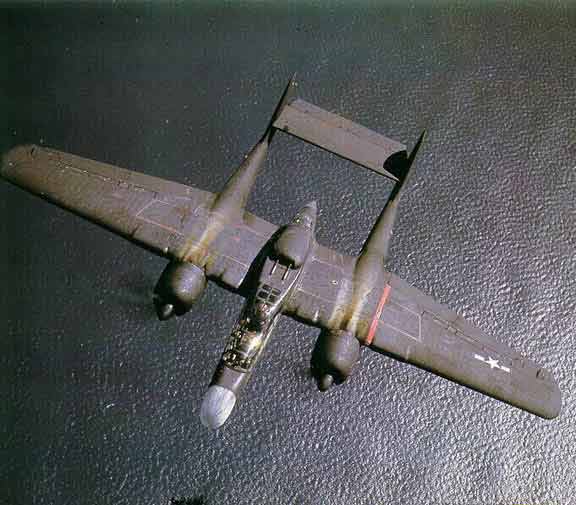 Where you can see the P-61 Black Widow

This is Just a Partial List of the P-61 Black Widow on Display. Check With Your Local Air Museum for More Information.