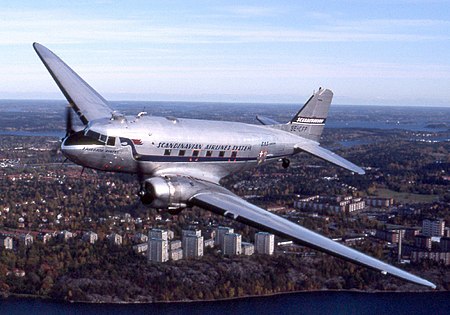 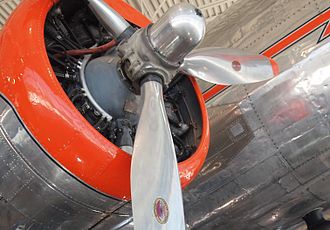 The DC-3 came about from an inquiry by Transcontinental and Western Airlines (TWA) to Douglas Aircraft about designing and building an aircraft for TWA. The rival of TWA was United Airlines. They had had a contract with Boeing for the Boeing 247. The contract stated that Boeing Aircraft could not sell any “247s” until the United Airlines order of 60 aircraft was fulfilled.

In the 1930s aircraft building was still a budding art and TWA could not afford to wait until United had all of their aircraft. The DC-1 (DC means Douglas Commercial) had promise and the DC-2 was a great advancement, but there was still room for some improvement.

Then American Airlines CEO called Donald Douglas CEO of Douglas Aircraft. and convinced him that American would buy 20 DST (Douglas Sleeper Transport) which were just slightly bigger than the DC-2. The DST had 14-16 sleeping berths with a cabin width of just 92 inches.

The berths were atop each other like a Pullman railroad car but the passenger goes to sleep at night on an Eastbound transcontinental trip of about 15 hours with 3 refueling stops. The Westbound trip was about 17 1/2 hours. Prior to this, most aircraft were too slow and sho9rt ranged to fly at night.

The trip from San Francisco to New York, for example in the pre-DC-3 days, consisted of flying several hundred miles in the day and taking a train at night and then resuming the flight next day.

Douglas also made the DST frame into daytime seats and called the DC-3.   American Airlines received the first DST and DC-3.

On 26 June 1936, American Airlines inaugural DC-3 service from Newark New Jersey and Chicago Illinois.  In spite of TWA’s request from Donald Douglas to design a special aircraft for them, they used the DC-2 for a while and eventually upgraded the DC-3.  American, United, TWA, Delta, Eastern, Continental Airlines and Piedmont Airlines all ordered a total over 400 DC-3.

Nearly every country in the world has had a C-47 or DC-3 or maybe even a DST.  For example, inspire of politics, Cubana de Aviacion operated flights from Havana to Miami in 1945 and on some domestic routes until the 1960s.

While some of these usages are not overly amazing, what is amazing is the DC-3 is still in use after 80 years plus since the initial flight on 17 December 1935.

Today it used for passenger and cargo service,  military transport, missionary flying, skydiving, shuttling, sightseeing and many other uses.

The DC-3 continues to fly daily in active commercial and military service.  As of a short while ago, a DC-3 daily flew bread from Honolulu to Maui.

A number of aircraft manufacturers have attempted to “replace” the DC-3 over the past 40 years or so, no type could match the versatility, rugged reliability and economy of the DC-3.

It is a common saying ..” to replace a DC-3, one has to replace it with another DC-3″.  I don’t think Donald Douglas and designer Arthur Raymond realized what they had designed, it changed the aviation world. 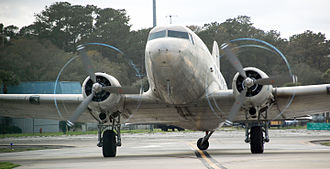 Where you can see the Douglas DC-3

The DC-3/C-47 was such a popular aircraft and still is.  If an air museum has any aircraft for display, it should have the venerable Douglas DC-3. 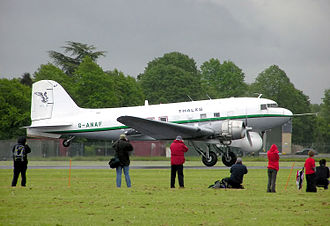 Check With Your Local Air Museum for More Information.

Tech Specs for the Douglas DC-3