In the final stages of World War II USN started looking into the possibility of using a jet-powered aircraft operating from an aircraft carrier.

The jet-powered aircraft would have to be long range and deliver a 10,000-pound load or a nuclear device. In January 1948 the Chief of Naval Operations (CNO) issued a requirement for this type of aircraft with a weight of 100,000 pounds and be able to take-off and land on not yet built but proposed “Supercarrier United States-class” aircraft carrier.

Ed Heinemann Chief Designer at Douglas Aircraft was concerned that the proposal for the United States Class Supercarrier could be canceled. so he proposed a much smaller aircraft of 68,000 lbs which still could operate off of existing carriers.

The USN accepted Douglas Aircraft’s proposal and issued a contract for that design on 29 September 1949. Thus the A-3D Skywarrior came about and made it’s first st flight 28 October 1952.

The first prototypes used Westinghouse J40 turbojet engines. They proved to be totally unreliable and the contract with Westinghouse was canceled. Douglas Aircraft then turned to Prat & Whitney and contracted for their J57 turbojet engines which provided to be somewhat better but the initial development of these engines took a while to straighten out.

The introduction of the Skywarrior to the USN came about in the Spring of 1956. The Douglas proposal (and production) was the smallest of all proposals of aviation companies. But it remained on active duty until 27 September 1991.

The engines hung on wing nacelles, it had hydraulic flight controls, internal fuel tanks for long range, the wings folded outboard of the engines and the vertical stabilizer folded starboard this for below deck storage. The early design was for the Skywarrior to be used as an attack bomber so only 3 crew members were planned; pilot, bombardier/navigator and tail gunner.

When the A3D was redesigned as an electronic recon aircraft 7 crew member positions were made; pilot, co-pilot, navigator, and 4 electronic systems operators.  The bomb bay in this configuration had been done away thus allowing stations for the 4 4 electronic operators.

As a weight-saving measure, the ejection seats were eliminated but had an escape tunnel as it was assumed most flights would be at high altitude.  This didn’t help much if you had to get out at low altitudes.

The USAF B-66 version of the A3D had ejection seats for all crew members. You had to remember that the B-66 had no weight restrictions like the Skywarrior as it flew from land bases.

The A3D was originally designed as an attack bomber but found to have greater use as electronic recon aircraft and that made its long service life possible. There were 282 A3D Skywarriors built, the last in 1961.

Prior to the development of the Polaris Nuclear Submarines, the A-3 was USN chief nuclear deliver. A-3 squadrons were established into two Heavy Attack Wings (HATWINGS), one wing based in NAS North Island San Diego CA the other in NAS Jacksonville FL.

They were relocated from NAS North Island to NAS Whidbey Island WA, the other was relocated from NAS Jacksonville FL to NAS Sanford FL After 1964 the Skywarrior’s role as a heavy strategic bomber role was abandoned as the Polaris nuclear missile fired from submarines became the primary USN nuclear response.

During the Vietnam War era, the Skywarrior was used for some conventional bombing such as dropping the Mk84, a 2,000-pound bomb and mine laying from 1964-1967.

Later the A-3 was used as an ariel tanker, photographic recon and electronic recon with various models of the A-3 Skywarrior.

For most of the War, the EA-3B flew from Da Nang Air Base providing electronic recon capability over the contested area including the Ho Chi Minh Trail to the north to Haiphong harbor.

Modified A-3B were used as a photo recon aircraft squadron in Vietnam These aircraft were equipped to perform cartographic mapping where no detailed maps existed. The modified RA-3B was used to monitor night traffic down roads and trails into Laos.

The real workhorse for the air wing was the modified multitasked EKA-3B which could jam enemy radar and refuel an attack aircraft on the same mission.

There were two air refueling squadrons both had EKA-3b aircraft with the electronic equipment removed thus making them strictly KA-3B aircraft for refueling This occurred in the early 1970s and lasted until the early 1990s.

The EA-3 variant was used for critical electronic intelligence against the Warsaw Pack Missions were flow from 1956 with the EP-3 and EB-47 offering unique electronic recon capabilities in numerous Cold War conflicts and the Vietnam War. 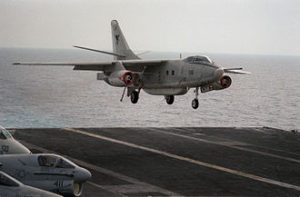 Where you can see the A-3 Skywarrior:

This is Just a Partial List of the A-3 Skywarrior on Display. Check With Your Local Air Museum for More Information.

Tech Specs for the A-3B/A3D-2 Skywarrior