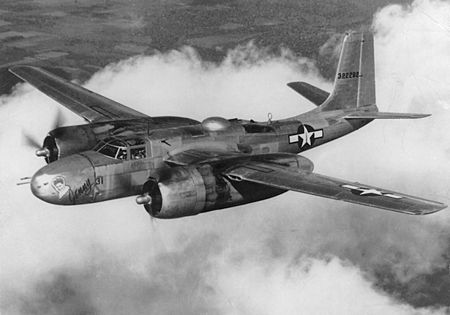 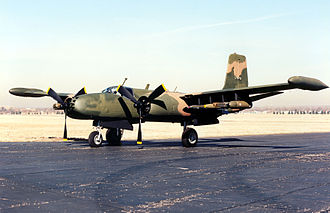 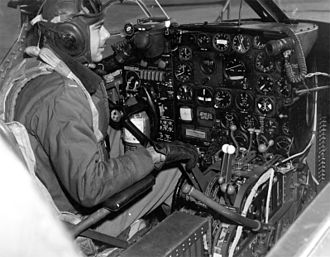 The B-25 twin engined bomber was built by North American Aviation in Los Angeles.  The name “B-25 Mitchell” was in honor of Major General Billy Mitchell, a pioneer in military aviation.

There were 9,816 B-25s produced by NAA in various configurations.  They saw action in every theater of World  War II by several Allied Air Forces.

The B-25 was a safe and forgiving aircraft.  With one engine feathered, banking turns even up to 60 degrees toward the “dead” engine was easily maintained.

The tricycle made for excellent visibility while taxiing.  The only complaint was the excessive noise from the engine.  This was of course, in the days before pilot hearing protection.