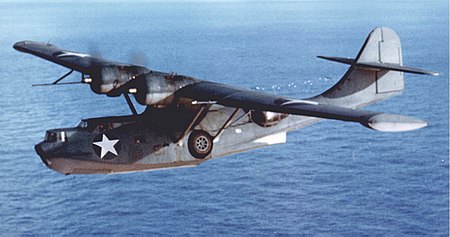 The PBY American flying boat built by Consolidated Aircraft company was one of the most widely used seaplanes of World War II. The PBY nickname was the Catalina and the PBY was used by all branches of the United States armed forces.

During the Second World War, the Catalina was used for anti-submarine warfare, patrol bombing, convoy escort, air-sea rescue missions and cargo transport. The PBY was the most numerous aircraft of its kind and was not retired by the military users until 1979 by the Brazilian Air Force .

The United States Navy (USN) was the biggest user of the flying boat and the first. Thus, the USN designation system determined the name. “PB”was for Patrol Bomber, the third letter assigned by USN to the manufacturer of the aircraft was “Y”. In this case it was Consolidated Aircraft .

Since there were other manufacturers assigned to build the Catalina, different “names” such Canadian Vickers were PBV, Boeing Canada PB2B (Boeing in the U. S was already building Catalina with the code PBB).

The traditional names for the Royal Air Force (RAF) aircraft were normally names of towns/cities in England. When the RAF purchased PBY’s, they broke tradition and named their aircraft Catalina, after Catalina Island in California which the USN adopted in 1942.

The PBY was originally designed to be a Patrol Bomber that would attack enemy supply ships. However, it soon became apparent that they were an ideal air-sea rescue for downed airmen.

In addition, they could be used as a recon aircraft as they could fly for many hours without the need for refueling. The Catalina first flight was on 28 March 1935. The primary users were USN, USAAF (United States Army Air Force),and RAF. The total production by Consolidated Aircraft, Canadian Manufacturers and Soviet Manufacture was 3,305 aircraft. 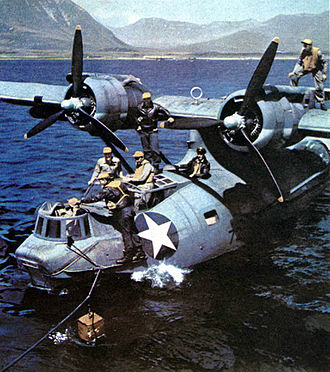 In the 1930s American presence in the Pacific Ocean was perceived as being threatened by primarily Japan. American military officials saw the need for an amphibious “flying boat” as well as many other types of aircraft.

In 1931, the USN asked Douglas Aircraft, Consolidated Aircraft and Martin aircraft to build a prototype “flying boat” for a possible contract award. All the entries were found to be inadequate .

The prototype was powered by 2/Pratt & Whitney r-1830-54 Twin Wasp radial engines producing 825 hp each. These engines were mounted on the leading edge of the wing on each side of the fuseledge.

It was transferred to the USN for further trails and evaluation. It proved to vastly superior to previous modes not only of Consolidated Aircraft but of other companies as well.

However, there was still more work to be done to improve some structural deficiencies such as the tail becoming submerged during take-off and causing the aircraft to abort. A more powerful engine, A Pratt & Whitney R-1830-64 rated at 900 hp was installed.

The USN took delivery of the’s first Catalina in October 1936. The production of the PBYs continued until may 1945. Besides the military order, the USCG (United States Coast Guard) other allied military and civilian customers ordered an estimated 4,051 PBY Catalina Flying Boats. 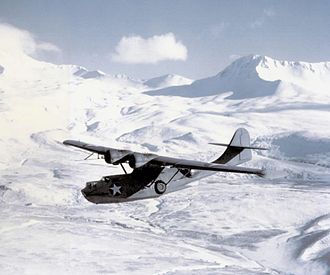 The Catalina served with destination in World War II and played an invaluable role against the Japanese . In the beginning of the War the Catalina and the B-17 Flying Fortress were the only aircraft to effective in the Pacific.

Catalina were highly used in ASW (anti-submarine warfare) in all the theaters of the War from the Atlantic to the Pacific, from the Seychelles to Ceylon to Murmansk and across the Indian Ocean. As their role as a patrol aircraft, the PBY participated in some more notable naval engagements of World War II.

On 26 May 1941 While flying from a Flying Boat base in Northern Ireland which was about 600 mi from Brest Germany spotted the German Battleship Bismarck which they reported to the British Naval Command which led to the eventual destruction of the that ship.

On 07 June 1942 A Catalina spotted the Japanese Fleet approaching Midway, the start of the “Battle of Midway Island”.

Other tasks the PBY conducted on a routine manner but very vital were, mine laying which blocked up enemy harbors, patrols that spotted enemy forces prior to their arrival at the target, night attacks and naval interdiction such as nuisance bombing attacks that disturbed the enemy during night rest, rather any large amount of damage with bombs.

The Catalina was instrumental in rescuing downed airmen and as in the case of the USS Indianapolis, an American Heavy Cruiser which was torpedoed by a Japanese submarine, picked up 56 sailors in the water and used the PBY as a life boat as it couldn’t fly with that many on board.

The Catalina had civilian use in the Southwest Pacific into the Indian Ocean as it could fly for long stretches from Perth to Colombo for example, but could carrier only 3-5 passengers at a time. After the war it was used for a variety of operations and ventures. 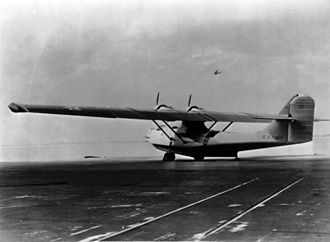 Where you can see the PBY Catalina Flying Boat

This is Just a Partial List of the PBY Catalina, Check With Your Local Air Museum for More Information

TECH SPECS FOR THE CATALINA