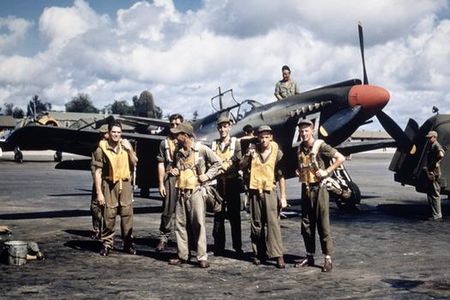 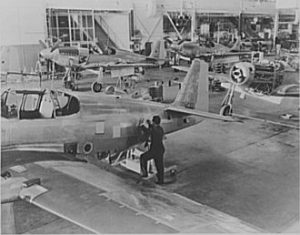 First a little background in the development North American A-36 Apache.  The North American P-51 Mustang and the A-36 Apache were essentially the same aircraft with the A-36 having bomb racks and dive brakes (upper and lower).  Some modifications brought some variation to the Apache such as modified wing to handle the dive brakes and bomb racks/mounts.

The Royal Air Force of England (RAF) ordered the first Mustang I from North America in February of 1942.  They begin their combat career as a recon and ground support aircraft supplementing the Curtis P-40 Tomahawk.

The Mustang/Apache first saw combat in August of 1942 on the Dieppe Raid.  The Apache shot down it’s first enemy aircraft, a Focke-Wulf Bf-190 on this raid.  The first Mustangs used Allison V-1710 that did not have supercharger and was limited to low altitude missions..  However the RAF loved it’s handling abilities and performance.

On the American side, the (USAAF) wanted the P-51 but fighter appropriations were cut off at the time.  However funding was available for attack aircraft.    On 16 April 1942, USAAF signed a contract for 500 A-36 Apaches.  The A-36A had the modified wing with bomb racks/mounts and upper and lower dive brakes and an Allison V-1710-87 engine with an three bladed Curtiss-Electric propeller.

The USAAF later ordered 310 A-36 (P-51A) without Dive Brakes and using only the 4 wing mounted .50 cal Browning machine guns.

North American Aviation (NAA) used the Allison V-1710-81 which generated 1,200 hp and the same air scoop, thus the designation of A-36 Apache/Intruder, (although the the name of Apache or Intruder was rarely used).  The bomb racks remained to be used for drop tanks. 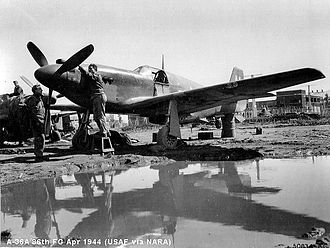 The A-36’s first combat squadrons were based in French Morocco, North Africa.  They arrived in March 1943 and worked with Douglas A-20 Havoc squadrons.    In June of the same year, the A-36 and A-20 took part in the attack of the little known island of Pantelleria.  When this island was taken ,the A-36 were based there in preparation of the invasion of Sicily.

The Apache proved to be a potent weapon as a Dive Bomber.  When the Dive Brakes were deployed a nearly vertical dive could be made with the speed kept at 390 mph.  The dive began at 12,000 ft and bombs were released at 2,000-4,000 ft and an immediate pull-up was performed to end the maneuver.

In late May 1943, 300 A-36s had been deployed to the Mediterranean Theater and played a big role in the invasion of Sicily in wiping out enemy artillery positions.

A petition was circulated to make the name of this tough fighter to be Invader, but in the end, most combat reports it was still called  the “Mustang”  The Germans called the Apache “screaming helldivers”.

The A-36 did rack up 84 victories over enemy aircraft but lost 177 aircraft mostly to German artillery as the Apache missions tended to be at very low altitude attacking ground targets such as troop positions, artillery and rail yards.

The radiator/cooling system (inline engine, liquid cooled) proved to be one weakness of the A-36 and a major reason for losses.  Small arms fire could hit  the radiator and pretty much take the aircraft out of the sky.  In June of 1944, the Apache was being replaced by Curtis P-40s and Republic P-47s..  The A-36 did the job in the North African-Mediterranean area.

In late summer of 1943, 2 A-36As were stanionded in Dinjan, India.  They were assigned recon, dive bombing attack and fighter missions.  The A-36 was outclassed by the Nakajima Kt-43, “Oscar” as the Nakajima was much more maneuverable then the A-36.  However it was lightly armed with little protection for the pilot and the aircraft fuel tanks.

The A-36 did have a disadvantage as they were assigned to high altitude and long range missions.  The Allison engine could not perform well at higher altitudes.

Despite the attacks from the Nakajima, the higher altitudes over the “Hump”, rendered the Apache on the losing end of statics in the CBI.  In 1944, the A-36 returned to the United States and was used as a training aircraft. 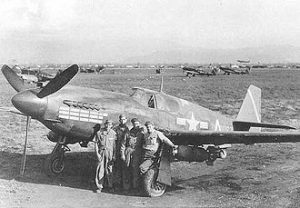 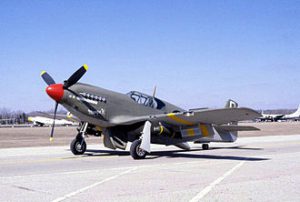 The Apache/Invader’s relatevly short service should not deter the impact the aircraft had on the Allied war effort.   It was a suburb ground attack bomber.  It destroyed enemy gun emplacements, troop convoys, ammo dumps and rail yards in Italy with low level sweeps.

Later P-51 Mustang versions used the Rolls-Royce Merlin Liquid Cooled Inline engine.  The A-36 Apache never had that  engine is why the lower service altitude and slower speed then the P-51 Mustang.  But what it lacked in speed and altitude it made up for it in been a superb dive bomber and recon aircraft.

WHERE TO SEE THE A-36 APACHE

This is Just a Partial List of the A-36 on Display. Check With Your Local Air Museum for More Information.

Tech Specs for the A-36 Apache/Invader

2 thoughts on “North American A-36 Apache”