The Martin 404 was designed and built by the Glen L. Martin Aircraft company in the early fifties.  The first flight was 21 October 1951, the first of 103 aircraft produced by Martin Aircraft.

It was a pressurized, 2 engined, short range aircraft that was purchased (not always new) by 13 U.S. Carriers and several foreign airlines.

The United States Coast Guard (USCG) and United States Navy (USN) also purchased the Martin 404 and was called in the USCG/USN as the VC-3A.

The aircraft was reliable and filled the need for passenger service for cities and town 400-500 miles apart.  The main competitors of the day were the Convair 330 and Convair 440.

Many first time flyers left their home towns on a Martin 404 perhaps to a larger city on business or pleasure. It was a solid aircraft that endured the “jet age” while serving small airlines as a passenger or cargo transport until the early 1980’s.

The Martin 202 was the first aircraft of this type designed.  It was sold as the Martin 303.  However the 202/303 had wing flaws and production had stopped on this aircraft.

The Martin 202 (303) was totally revamped with pressurization, tricycle landing gear, airstairs in forward and aft tail stairs in the aircraft and powered with new (at the time) Pratt and Whitney R-2800-CB16 radial engines.

Thus the new and work horse of it’s time known as the Martin 404.  Production begin in 1951 and the last aircraft came off the assembly line in 1953

It interesting to note that Eastern ordered 60 Martin 404s and TWA ordered 40 aircraft   That meant that only 3 aircraft were left for the rest of the world?

The 3 Martin 404’w first went to the USCG and later they were transferred to USN as VC-3As.  The other carriers (domestic and foreign ) bought them from Eastern and TWA in later years.

The smaller airlines were known as “second level operators” or regional carriers.  Some of those in the United States were: Southern Airways, Pacific Airlines, Piedmont, Ozark and Mohawk  just to name a few.

In fact Southern Airways bought 25 Skyliners from Eastern Airlines or as Eastern called them “Silver Falcons”.

Southern Airlines started local service in 1961 from Atlanta GA the hub, and their “spoke routes” extended into many smaller towns in the South.

In the sixties and seventies, “merger mania” hit the industry and Pacific merged with Bonanza Airlines and West Coast Airlines to form Hughes’ Air West.

Later Mohawk and Northeast Airlines merged with Piedmont.  All of the above carriers  used Martin 404s until be replaced with various new turbo-props such as Swearingen Metroliners and  Convair 580 Allison engined turbo-props.

But the Martin 404 was not quite finished yet.  While the older Regional Carriers found more modern aircraft in the seventies, new companies started service as “commuter airlines” and new Regional airlines formed.

Some of these were Air South, Atlantic Southeast Airlines, Florida Airlines, Provincetown-Boston Airlines and Southeast lines. 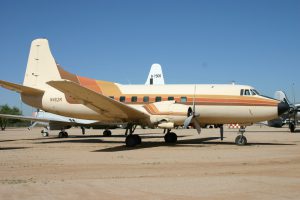 TECH SPECS for the Martin 404

THANKS, FOR READING!  I HOPE THIS WAS INFORMATIVE!