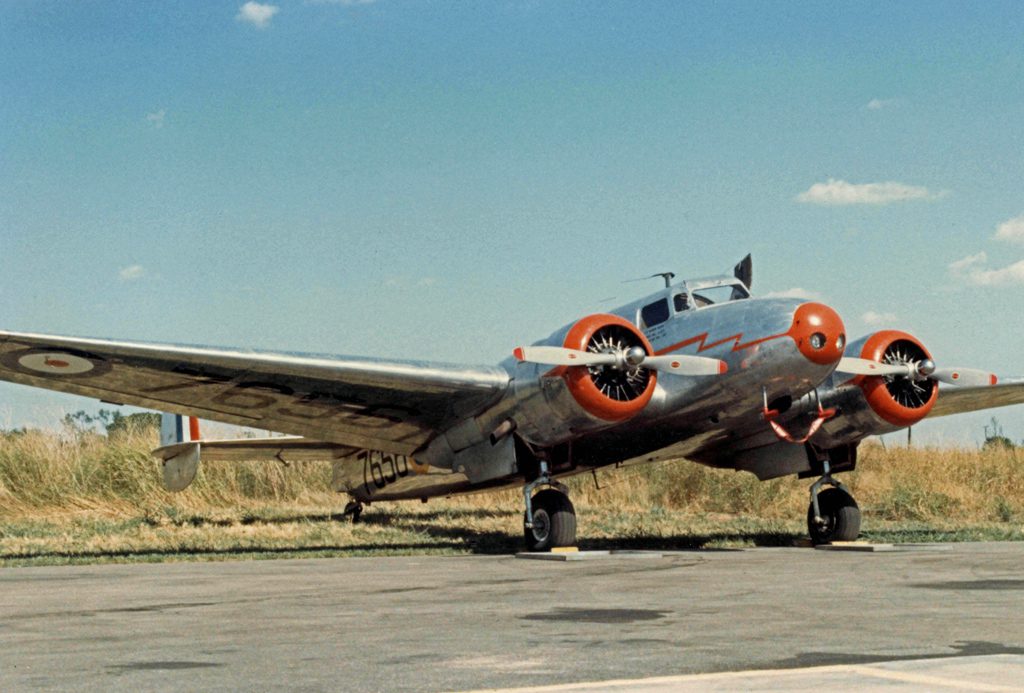 The Lockheed  Electra 10 (not to be confused with the later Lockheed Electra II Turbo-prop) was a mid-30’s entry into the airline market with such others as the slightly larger Boeing 247 and Douglas DC-2.

The Electra was first flown in February 1934.    There were a total of 149 Electras built of various models and designation.  Amelia Earhart used a Lockheed 10E Electra in her around-the-world attempt in 1937.  She disappeared in the South Pacific in that year.

Lloyd Stearman designed the Lockheed Electra which was an all metal aircraft, the first in Lockheed’s history.  A student assistant by the name of Clearance Johnson worked at the University of Michigan’s wind tunnel,  suggested a twin rudder system which became a trade mark for Lockheed.

Clearance nicknamed “Kelly” went to work with Lockheed and was very instrumental in development “Top Secret”” Skunks Works” aircraft for the U.S. military such as the U-2 and SR-71.  He also was involved  in the mysterious and secretive base in the Nevada desert claimed by the U.S. Government that”doesn’t exist “; Area 51.

The original Electra was of course designated the “A” model with B through E  (D model not built) models to follow, usually the big difference was the power plant.

The Lockheed Electra was purchased by numerous  American carriers as well as foreign ones starting in 1934 .

The Electra carried  10 passengers and was a great luxury item of its day.  Numerous private individuals and companies also purchase the sturdy little aircraft.  Here is a list of U.S. carriers that purchased the Electra:

In 1937, Amelia and her navigator Fred Noonan on their final two legs from to Lae, New Guinea to Howard Island in the South Pacific.  They would have gone on to Hawaii and then California to complete the a round the world historical flight, but they disappeared somewhere in the South Pacific.

Inspite searches by the U.S. Navy and U.S. Coast Guard and other expeditions in later years, no positive evidence or trace of their aircraft were ever found.

The Canada Air Museum in Ottawa, Ontario. (Electra 10A)

At large-(Electra 10A):  Flies to various air shows and museums in North America through out the year.

New Zealand’s Museum of Transport and Technology at Auckland (2 Electra 10As).

National Air and Space Museum in Washington D.C. (Electra 10A)