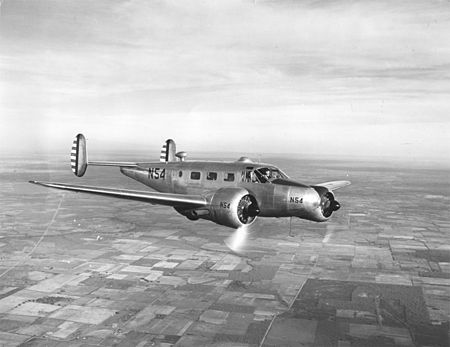 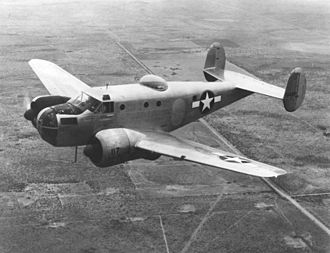 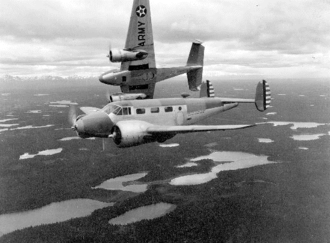 The Beechcraft Aircraft Corp. management speculated that the Model 18 design would be in demand during the mid to late  1930s. The Wichita plant was geared up for the production rush which came in 1937.

The Model 18 could be misidentified as the Lockheed Electra which was larger but very similar appearance. Beechcraft used by Jacobs L-68 330 hp radial engines or the Wright R-760Es rated at 350 hp. Shortly the Pratt and Whitney R-885 450hp was developed and became the standard for production Model 18.

During the 32 years of production, there were 32 design modifications from more powerful engines to larger cabins, tricycle landing gear was introduced. There were D-18s built as seaplanes, some equipped with turboprop engines (later years).

One was modified to look like a miniature Lockheed Constellation, another had a long slender nose with a single rudder assembly. The final D-18 model known as the H-18 went to Japan Airlines in 1970. 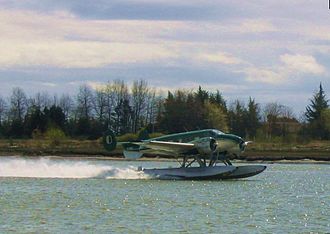 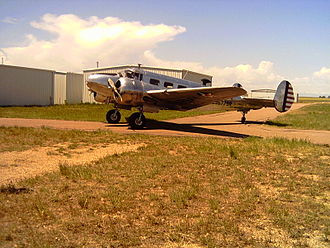 Model 18 or D-18 production had been rather slow at the start of the entry of the United States into World War II with only 39 aircraft sold (mostly to civil operators). The military immediate need was a trainer aircraft for pilots, bombardiers, and navigators.

A military version was designed that became the AT-7 for USAAF and the SNB for USN. This eventually led to a more advanced mode the AT-11 and the ANB-2 trainers. The standard C-45 transport version was also in the production line.

At the end of World War II, unlike a lot of aircraft built for the military which was moth-balled or cut up, the D-18 continued in production with new versions as technology and needs advanced. The AT trainers continued to be produced with new features and many modifications for many new uses.

In 1951-1955 time frame about 900 USAF older D-18 models were re-manufactured to D-18S models which at the time was current. The USN had many of it’s older aircraft remanufactured and redesigned SNB-5 and SNB-5P.

The Beech D-18 was used extensively by Air America during the Vietnam War. Most of Air America’s aircraft were standard C-45, but 12 of them were re-modified to what they called Conrad Ten-Two which had increased performance and load capability.

The numerical name was to designate their maximum takeoff weight of 10,200 lbs. The aircraft was powered by Garrett AirResearch TFE-331 turboprop engines. The C-45 flew in the USAFF until 1963, USN flew their SBN models until 1972 the United States Army (USA) continued to use C-45 after USAF separation in 1947 until 1976. 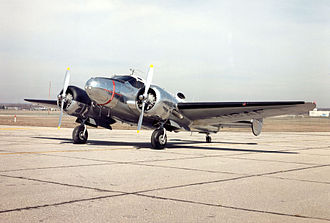 Where you can see the Beechcraft Model 18 (All Variants)

This is Just a Partial List of the Beech D-18 on Display. Check With Your Local Air Museum for More Information.

Tech Specs for the UC-45 Expeditor